Ilona Royce Smithkin, who as an orange-haired nonagenarian with matching two-inch eyelashes caught fire in the world of fashion, starring in the documentary “Advanced Style” and joining fashion campaigns for brands like Coach, while also flinging embers into many other fields as a muse for photographers, filmmakers and entertainers — a joyous persona that took a lifetime to build after a grim childhood — died on Aug. 1 at her home in Provincetown, Mass. She was 101.

The death was confirmed by Melinda Levy, a longtime friend and a trustee of her estate.

Ms. Smithkin’s rise to fame began with a rumor.

In 2010, the photographer Ari Seth Cohen, who created Advanced Style — a blog devoted to the style of women over 60 that later became a book series and a movie on the same topic — heard from a friend about a “magical woman with fiery red hair and the longest eyelashes anyone had ever seen.” He staked out a store she was said to visit.

Not long after, he spotted a woman on the street in the West Village who was about 4 feet 9 inches tall and wore hand-painted sneakers, matching baby blue clothes and diamond-studded sunglasses, with eyelashes poking out. It was her.

Mr. Cohen asked to take Ms. Smithkin’s photograph. She exclaimed, “Of course,” and kicked one of her legs in the air.

“I instantly fell in love,” Mr. Cohen said in a phone interview.

He began visiting, and then bringing friends to, Ms. Smithkin’s fourth-floor West Village walk-up, a tiny studio so crammed with fabrics, handbags, paintings, magazines and hats that the door could not fully open. Ms. Smithkin served coffee or vodka — “the only two things I know how to make,” she would explain — and described how she fabricated her own caftans and turned objects like letter organizers and typewriter springs into jewelry.

Without any intent to make a movie, Mr. Cohen and a friend, Lina Plioplyte, began filming their conversations with Ms. Smithkin. That became, in 2014, a documentary focused on some of the blog’s principal recurring characters.

In the movie, Ms. Smithkin, a painter by profession, combined arresting personal disclosures with slapstick comedy. “I came into my own about maybe 10, 12, 13 years ago,” she said, although she was 94 when it was released. She joined a nonagenarian friend, whom she said suffered from memory loss, to sing “You Make Me Feel So Young” as a duet.

At her age, she said at one point, “I can’t buy green bananas anymore.”

“I don’t think ‘Advanced Style’ would have been a fraction of what it is without Ilona,” Mr. Cohen said. “She brought it a depth. She was the star.”

Ms. Smithkin started modeling, appearing in campaigns for eyewear by Karen Walker and clothes by Mara Hoffman She was labeled a “92-year-old style legend” by The New York Post’s Page Six, which described her dancing at the Jane Hotel without noticing that her scarf had caught fire from a nearby candle. Another partygoer doused the flames with champagne.

To some boogieing at the Jane Hotel, Ms. Smithkin might have seemed a figure from vaudeville, her flamboyant get-up a schtick amusing enough for a turn in the spotlight. But she had a “stable of mentees,” consisting largely of artists, who knew better, said one of them, the actor Erik Liberman.

“She noticed who was pulled in by the color and light, and who wanted to understand the source of the color and light,” Mr. Liberman said. “For those who sought deeper conversation, off came the hats, the fabulous scarves and, eventually, even the eyelashes.”

Mr. Liberman often showed up at Ms. Smithkin’s studio at a moment’s notice to take naps between Broadway performances. When, as an aspiring actor in his late 20s, he began spending time with Ms. Smithkin, he brought notebooks to record what she said. She instructed him to take his own creative powers seriously, rather than view acting as a form of subservience to someone else’s vision.

“That altered the entire course particularly of my young career,” Mr. Liberman said.

Another admirer was the burlesque performer Dita Von Teese, one of several people who made a habit of saving Ms. Smithkin’s voice mail messages. Ms. Von Teese took the practice a step further. She would purposely avoid answering Ms. Smithkin’s calls before calling right back, to gain a permanent record of her friend’s voice.

Ilona Rosenkranz was born on March 27, 1920. Her father, Mordko, was an engineer, and her mother, Frida (Lubinski) Rosenkranz, was a homemaker.

That information comes from immigration documents. In April 1938, the family moved from Berlin, where Ilona had grown up, to New York. They listed their race as “Hebrew.”

As an adult, Ms. Smithkin avoided discussing her background, saying when prompted that she had few recollections or that it was not an appropriate time. But in a 2004 documentary about her, “Ilona, Upstairs,” she attributed the way her head sometimes involuntarily shook to experiences she had as an 11-year-old, when the Nazi Party began its rise to power.

“It’s not Alzheimer’s, it’s not Parkinson’s,” she said of her shaking. “That is that terrible, repressed fear.”

In the United States, her parents Anglicized their names to Max and Frieda, and the family surname became Royce.

According to Ilona’s early-1940s petition for naturalization as a citizen, she was born in Berlin, but she later said in interviews that she was born in Poland. She began making art when she was about 5, and she studied at the Reimann School of Art and Design in Berlin, the Royal Academy of Fine Arts in Antwerp, Belgium, and the Art Students League in New York.

A year after immigrating, when she was 19, Ilona married Irving Smithkin, a linotype operator. He died fighting in World War II and was buried in Italy.

Ms. Smithkin painted and made a living as a milliner, a factory worker, a painter of glass lantern shades and a movie theater usher. She moved into her West Village studio in 1947.

In the 1960s and ’70s, she began teaching art classes in Kentucky and South Carolina, traveling to small towns and using church basements and funeral parlors as classrooms. In 1975, she began conducting painting classes on the South Carolina Educational Television Network.

When she was not on the road, Ms. Smithkin split her time between the West Village and Provincetown. She met, and made portraits of, celebrated writers like Tennessee Williams, Eugene O’Neill and Ayn Rand.

In later interviews, she referred to having a revelation and finally becoming her authentic self around the age of 80, roughly the same time she started performing songs by Marlene Dietrich and Édith Piaf in Provincetown and at New York venues like Joe’s Pub. She would wear stilettos, stockings and a revealing dress, and until she had hip surgery in her mid-80s, she finished every show by doing a split.

By her own admission, she did not have much of a voice — but neither, she added, did Dietrich.

Ms. Smithkin leaves no immediate survivors, but she did develop a ritual for marking someone as part of her inner circle.

You entered her studio and sat on a chair next to her bed, your knees nearly touching. Ms. Smithkin studied your face. She selected a pencil. Then, for around 20 minutes, you held still, while Ms. Smithkin drew a portrait of one of your eyes.

“You talk; I want to hear about you,” she would say while drawing, according to “Insomniac City,” a memoir by the photographer Bill Hayes in which he describes sitting for an eye portrait. “At this moment, you are the most important person in the world.”

It was, Mr. Liberman said, a “spiritual experience.”

“She grew preternaturally still, and her observance plumbed the depths of who you were,” he added. “She could evoke the entire cosmos of someone’s being through the microcosm of their eye.”

Honoring the Past With Art And Tears

Sat Aug 7 , 2021
As a teenager in 1960s China, Hung Liu realized that relatives pics could be perilous. All through the Cultural Revolution, possessing an elite or educated household history could guide to prison, and Ms. Liu was the granddaughter of a scholar worse, her father experienced fought in opposition to the Communists. […] 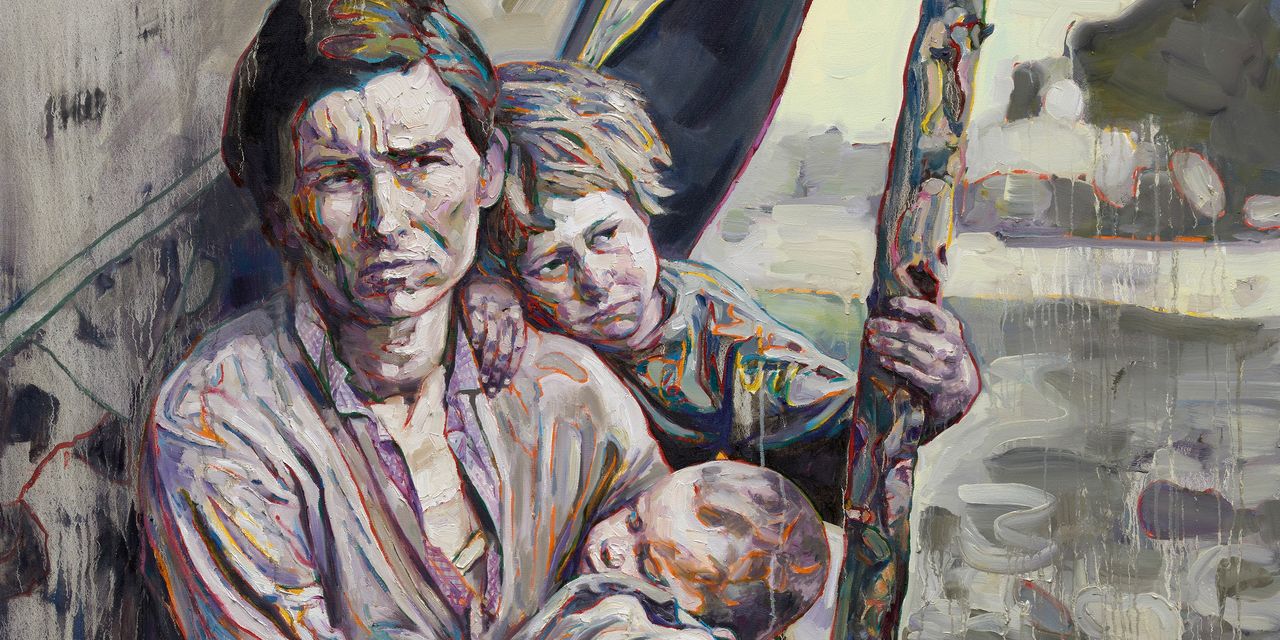