Shang-Chi and the Legend of the Ten Rings is full of kung fu, but what different disciplines of Chinese martial arts are showcased in the film? The latest entry in the Marvel Cinematic Universe opened over Labor Day weekend, defying the ongoing pandemic to set a new weekend record for the holiday. The movie has also been widely praised as having some of the best action scenes to date in the MCU, and a key aspect of these is a variety of martial arts styles.

While previous Marvel movies have utilized martial arts in their fight scenes either to small or large degrees, Shang-Chi is Marvel’s first straight-up kung fu movie, and fans of the genre will not leave the film disappointed. The fight sequences of Shang-Chi were orchestrated by stunt vets Peng Zhang and Guillermo Grispo, former Jackie Chan Stunt Team member Andy Cheng, and the late Brad Allan (who was also a member of Chan’s stunt team), serving as second-unit director and supervising stunt coordinator. The work varies from grounded, golden age Hong Kong action to gravity-defying wuxia, and it’s a style of action that sets a new bar for the MCU’s future. Brad Allan’s passing prior to Shang-Chi‘s release is still being mourned by action fans — but the quality of his work in the MCU movie is at least a bittersweet testament to the stunt coordinator’s unique vision.

China’s legendary Shaolin Temple is renowned as a cradle of both kung fu and Chan (or Zen) Buddhism. There’s no one subset of kung fu that exclusively lays claim to the term “Shaolin kung fu”, with many different fist forms connected to the famed monastery, Xiao Hong Quan, Da Hong Quan, Jinggangquan, Qixingquan, and numerous others being among the most well-known. The movie’s flashback to Shang-Chi’s training as an assassin for the Ten Rings shows him going through training techniques and conditioning exercises associated with Shaolin martial arts, including various weapons and fist forms, and what looks to be advanced levels of Qigong, breathing and conditioning techniques used as a means of cultivating one’s internal energy (known as “Chi”). Shang-Chi also even dons a robe akin to that of a Shaolin monk in this section of the film.

Today, Tai Chi Chuan is typically thought of more in terms of health benefits rather than fighting, but it falls into the family internal martial arts within Chinese kung fu. Tai Chi forms are often practiced slowly, but Shang-Chi shows its combative side during a training session with the title character and Ying Nan, played by Hong Kong star Michelle Yeoh. A common training technique associated with Tai Chi and other internal martial arts is “tui shou“, or “pushing hands”, designed to internalize the movements and defensive techniques of the art within the practitioner, with Simu Liu’s Shang-Chi and Ying Nan going through this very exercise.

Bajiquan is a form of kung fu associated with explosiveness (known as “fa jin“) and close-range fighting, and is known for striking techniques with the elbows and shoulders alongside other limbs. Bajiquan’s methodology is predicated on opening the opponent’s defenses, leaving them more susceptible to strikes to vulnerable points, while attacks are based on fast and short bursts of power. Shang-Chi showcases Bajiquan notably in the movie’s bus fight, with an upward elbow strike on Shang-Chi’s part right out of Bajiquan.

Wing Chun has exploded in popularity worldwide, mainly thanks to the Ip Man movies, in which Donnie Yen portrayed the mentor of Bruce Lee himself in the acclaimed martial arts series. Wing Chun emphasizes in-fighting, trapping, and “chain-punching” to overwhelm the opponent at a close range, with the fist held vertically and strikes traveling over one another in swift succession. While Shang-Chi doesn’t go full Ip Man on anyone in terms of chain-punching, he’s highly adept at the close-quarters combat, centerline strikes, and trapping techniques that are essential components of Wing Chun.

Noted for its rooted stance work, Hung Ga is closely connected to the famed Chinese folk hero Wong Fei-hung, who has been the subject of innumerable martial arts films, with Jet Li’s Once Upon A Time In China movies being among the most famous. While stance training plays a pivotal role in all forms of kung fu, it’s particularly crucial for the techniques of Hung Ga and the power associated with them. Shang-Chi’s father Wenwu (Tony Leung) exhibits techniques and stances from Hung Ga throughout the movie, while the ten rings themselves are also a more super-powered spin on the iron rings worn around the practitioner’s forearms as conditioning tools in Hung Ga training.

Translated as “Eight Trigram Palm”, Baquazhang involves circular footwork and open-handed techniques, in comparison to the more linear techniques of other martial arts. The 2001 Jet Li movie The One may be where most Western moviegoers know Baquazhang best, as the film utilized the art heavily as a contrast to the direct attacks of Xingyiquan in the heroic and villainous characters respectively played by Li. Fala Chen’s Ying Li uses the graceful movements of Baquazhang in Shang-Chi, notably in her balletic wire-fu battle with Wenwu when the two first meet in the movie’s opening. Both parents’ respective fighting styles later influence Shang-Chi’s.

Aside from unarmed fighting techniques, Chinese martial arts are also full of a wide assortment of different weapons, and Shang-Chi and the Legend of the Ten Rings features many. These include daggers, bo staffs, and different kinds of swords, most prominently the hook swords, known in Mandarin as “Hu tou shuang gou“, which are typically used in tandem with each other. Shang-Chi‘s fantasy elements come into play here, with the various Chinese weapons seen in the film packing stored energy blasts, similar to the Vibranium-powered African weaponry seen in Black Panther.

These days, great fight scenes are taken for granted more than ever in superhero movies. By that standard, Shang-Chi has gone far beyond even the best that’s previously been seen in the MCU, while also giving a considerable makeover for its Marvel Comics hero, too. Hopefully, future MCU movies can rise to the standards of action that Shang-Chi and the Legend of the Ten Rings has now established.

Every James Wan Movie, Ranked Worst To Best (Including Malignant)

Growing up, Brad developed an innate love of movies and storytelling, and was instantly enamored with the world of adventure while following the exploits of Indiana Jones, Japanese kaiju, and superheroes. Today, Brad channels his thoughts on all manner of movies, from comic book films, sci-fi thrillers, comedies, and everything in between through his writings on Screen Rant. Brad also offers philosophical musings on martial arts and the filmographies of everyone from Jackie Chan to Donnie Yen on Kung Fu Kingdom, where he’s also had the privilege of interviewing many of the world’s great stunt professionals, and hearing plenty of gripping stories on injuries incurred in their line of work and the intricacies of designing the acts of death defiance he first thrilled to as a youngster. When he’s not writing, Brad enjoys going on a ride with the latest action hit or Netflix original, though he’s also known to just pop in “The Room” from time to time. Follow Brad on Twitter @BradCurran.

Tue Sep 14 , 2021
You may well know Tove Jansson as the writer and illustrator of the Moomin books. But a short while ago her illustrations for JRR Tolkien’s The Hobbit have resurfaced on the net – and they are impossibly charming (as you’d hope).  The kid’s e book creator was renowned for her […] 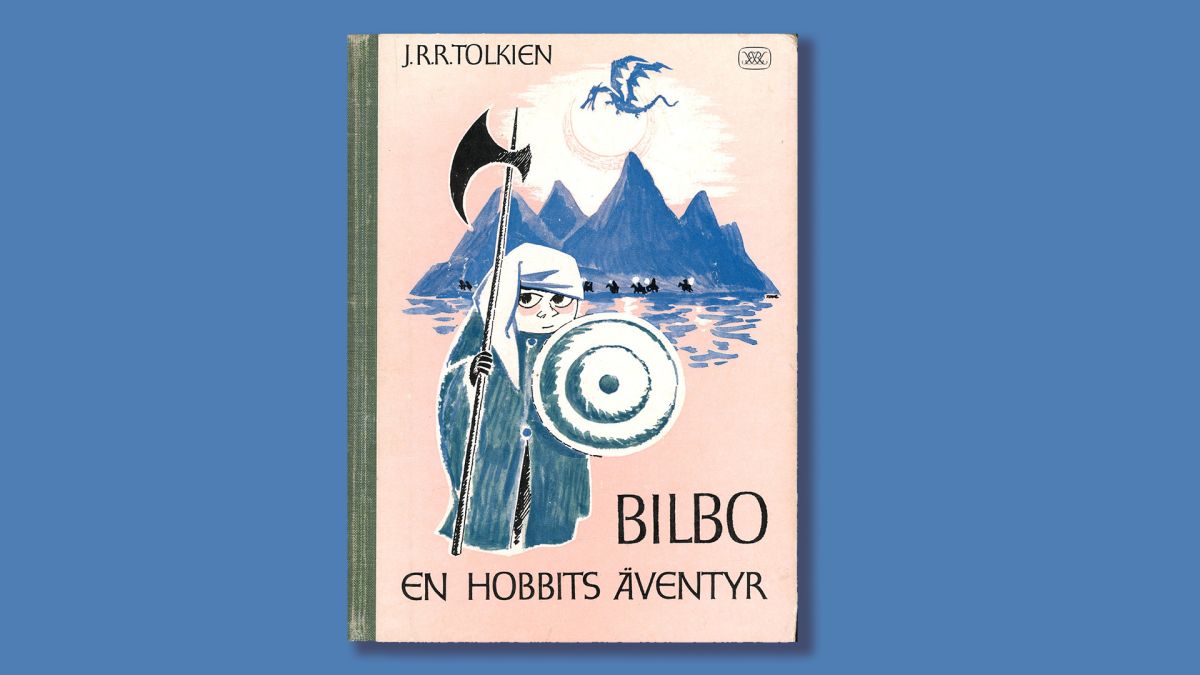